It was another early morning around the RV.  Once again, Al and his buddy were heading to the marina by 6:15 a.m.  While I sat in bed enjoying my first cup of coffee, I contemplated how energetic I felt.  I determined, not very! 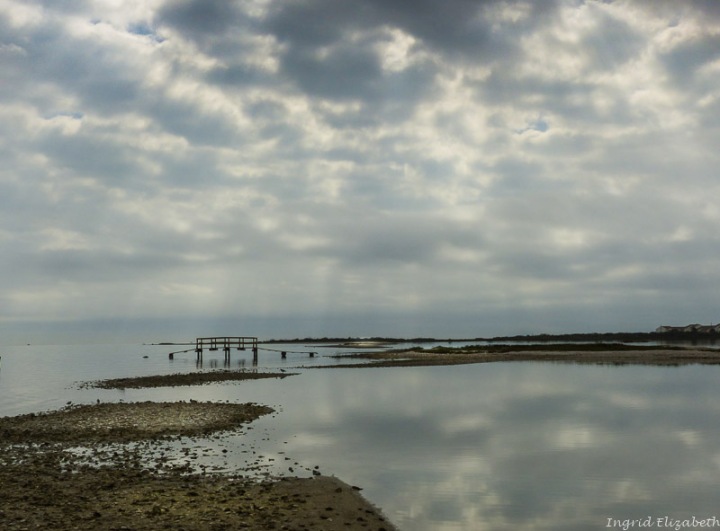 While sipping my second cup of coffee, I read emails and glanced out the RV window checking for cloud conditions. It looked like another morning of ho-hum skies, eliminating any urgency to leave the comforts of the RV post-haste for a photo-op. 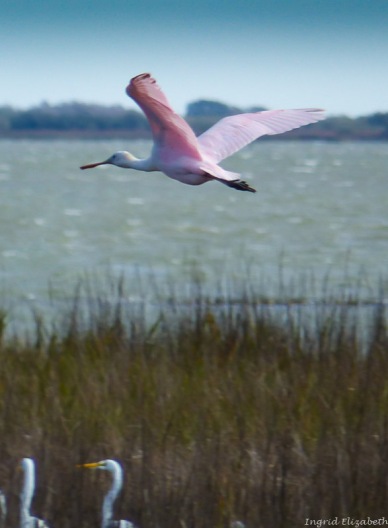 Finally around 8:30, I hopped in the truck and headed on over to one of my favorite areas to walk. I figured I might as well get in some exercise since the day won’t be about photography. But this gal never goes anywhere without her trusty camera slung around her neck. One never knows when a rare photo-op might present itself!

There’s a relatively new housing development being built not too far away from our RV park near Rockport, Texas.

This former home builder still likes being around new construction and enjoys checking out the latest trends in the housing industry.  I even enjoy the smell of lumber!  I know, weird 😏

Anyway, I love getting in daily strolls in this gated community.  Most of the homeowners are only here occasionally … maybe on weekends or holidays.  The houses are used primarily as second homes.  Thus, I usually have the “boardwalk” (their label, not mine) to myself. 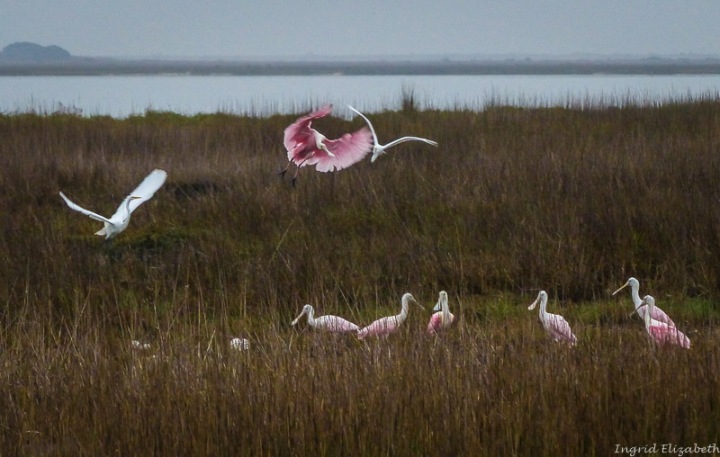 I parked the truck in my regular spot and took the path to the walkway.  As I started down the boardwalk, I immediately gasped in awe and glee. The little ponds in the marshes were loaded with shorebirds. Thank goodness, I brought my camera. It was a gloomy, overcast morning and my camera seemed to have difficulty focusing.  Perhaps, it was camera shake due to my excitement.

I was elated to have stumbled upon so many shorebirds.  I did my best not to startle them, but the slightest movement on my part seemed to send them flying off to the next pond.

I slowly followed in their direction and my camera continued to work in overdrive.

Well over an hour later, it was time for me to leave.  Oh, how I wanted to stay longer, but my teeth were floating from the coffee ingested earlier. As I approached the truck, I dug around in my bag for the keys. I couldn’t seem to find them. I entered the code on the keyless entry pad on the driver’s side door of the truck and began searching the vehicle floor, ignition, passenger seat and still no keys. It is so not like me to misplace my keys. 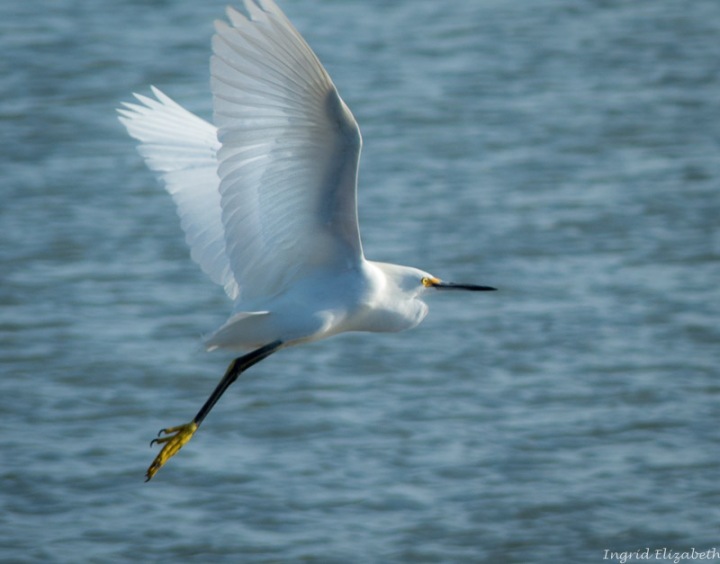 I began to wonder if the keys had somehow fallen out of my bag while I was retrieving a new camera battery. After all, there was a lot of excitement going on and while I dug in the bag for the battery, I kept my eyes on the birds and not my bag. My keys could have easily fallen out of the bag.

So it was back to the boardwalk to retrace my steps. Still no keys. Eek! I’m frazzled and really need to pee but the last time I used the construction porta-potty, I attracted a lot of attention from the workers … something I was hoping to avoid this go around. Plus, I was in no mood for jovial sparring.

“Check the truck again, Ingrid“, I said to myself. I tried punching in the code on the keypad but had a total space out. “Oh my gosh, I can’t remember the code!”  😱  Just then, one of the landscapers yelled something out to me.  In a daze, I asked, “I’m sorry, what?”  He repeats,

“Did you get some nice shots?”  “Oh, yeah“, I responded, still frazzled. 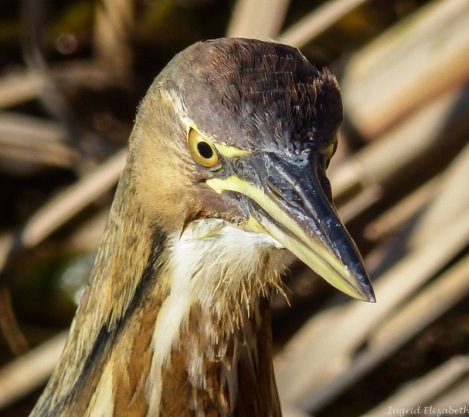 All I could think about was losing all the keys on my key chain.  The truck key was one thing, but the other keys, holy sh*t, not easily replaced!!!

As I responded to the landscaper, something to the left of him caught my eye. Ah-hah! There was a lone construction porta-potty in the distance and after a quick visit, I was once again able to think clearly.

I still couldn’t remember the keyless entry code on the truck though.  Talk about a total brain space. 🙄

Oh well, I shrugged and thought to myself … guess I’ll just have to walk back to the RV Park and get Al’s keys which he always leaves behind while boating. I thought about calling my friend and neighbor in the RV park, but I forgot to take my cell phone with me … grrr .. talk about a comedy of errors. So calling her wasn’t an option.

Well, I needed the exercise anyway considering I got sidetracked earlier by all those birds.

So it was off to the RV Park on foot. Along the way, I discovered the roosting grounds for Great Blue Herons and a delightful pond.  Once again, I was sidetracked and found myself meandering through a grove of twisted oak trees all the while my brain kept saying, “Focus Ingrid focus … tend to business“.

I couldn’t help but get sidetracked, but soon logic took over and I was once again on my way to the RV Park.

But then …. the unique sound of the Black-Bellied Whistling Ducks stopped me in my tracks.  These squeaky guys always make me smile and I can’t resist looking up to the skies when I hear them to catch a glimpse of their beautiful coloring. Little did I know, I was in for a treat. As I stood still trying to blend into the trunk of an oak tree, I watched them circle. Hundreds of whistling ducks landed not far from me. Then to top it off, a deer emerged from the brush. 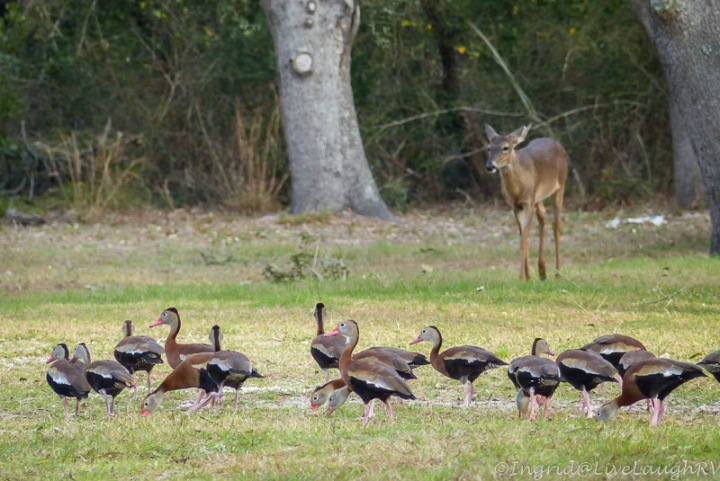 Alas, after being sidetracked a couple of times, I finally made it to the RV to retrieve Al’s keys. I stuck my cell phone in my bag (just in case) and briskly returned to the truck.  Well…. maybe briskly is an overstatement since there was a slight detour back through the oak trees and the heron nesting grounds. But I swear, it was brief 😉 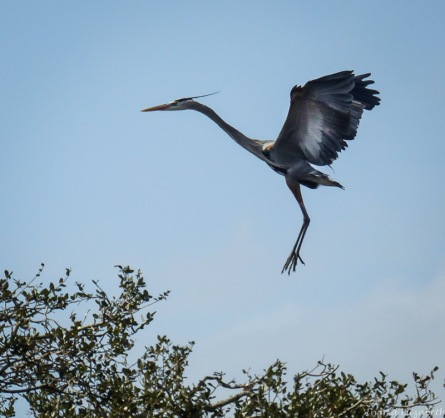 By the time I returned back to the RV with the truck, Al was home. He and his buddy had a great morning out on the water. He had worked up an appetite and wanted to know, “What’s for lunch?” Twenty minutes later, we were sitting at the local restaurant dive up the road indulging in an awesome shrimp po-boy sandwich arguing over the code to the truck keypad. It seems I confused Al, as well as myself.

To wrap up the day... I had one of the most exciting bird photography mornings ever along with a very cool location discovery.  My close proximity to the shorebirds is what lent to the thrill.

I lost my keys and later found my keys on the backseat floor.  Don’t ask 😆

I ended up walking about four miles that day. I took hundreds of blurry photos. Therefore, I thought I had broken my camera. Oops! Can we say “user error”? Maybe! Ah-ah, camera fixed.

I confused my husband regarding the keyless entry code on the truck, but not to worry.  The code was recalled in the wee morning hours the next day… I believe someone waking someone exclaiming, “I REMEMBER THE CODE” was involved.

Lost my keys. Found my keys. Walked four miles. Broke my camera. Fixed my camera. Communed with hundreds of birds. Confused my husband. Husband remains confused (living with me thirty plus years, confusion justified lol). What an exciting day. Ah, rarely a dull moment in the life of a full-time RVer. Love it! 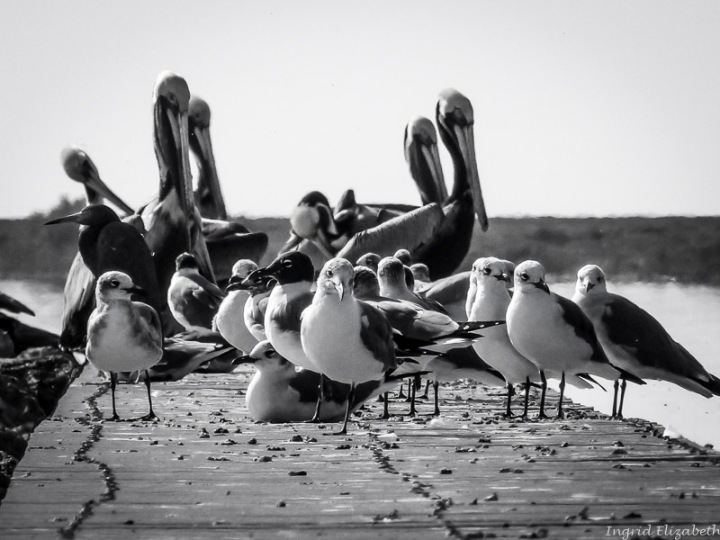 109 thoughts on “Comedy of Errors”