We arrived at our summer destination a little over two weeks ago. Those two weeks have been filled with a mixed bag of emotions, poor energy, and stress. In addition, we celebrated an anniversary. 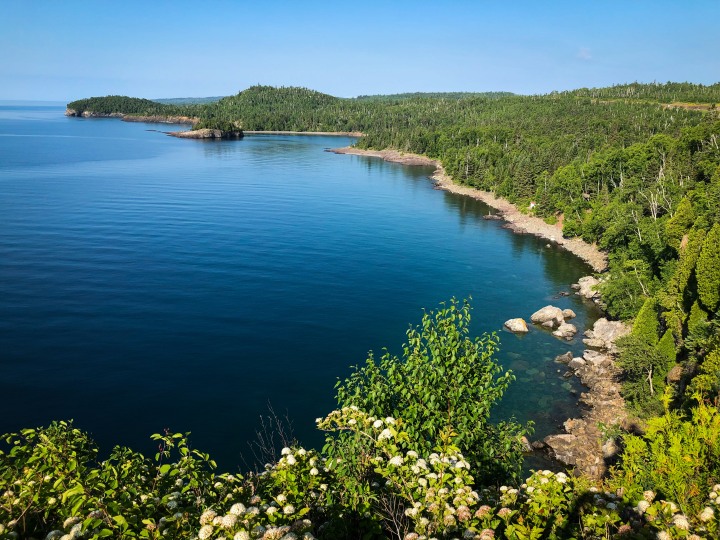 Al and I met toward the tail end of 1980 … nearly 40 years ago. That’s a lot of time to spend with one person. We’ve certainly had our fair share of ups and downs but no regrets. During the month of June, we celebrated our 37th wedding anniversary.

Our special day was spent visiting the city of Duluth, Minnesota. We had some errands to run while we were in the ‘big city’. After our errands and lunch, we strolled a Lake Superior beach and talked … reminiscing and wondering where has the time gone. Northeast Minnesota – Minnesota’s Arrowhead, will always hold a special place in our hearts.

Al and I used to spend our summer vacations in northeast Minnesota camping and canoeing. At the time, we worked in the airline industry; he a Pilot and me a Flight Attendant. We could’ve flown anywhere in the world for either free or mere pennies, but we chose to escape civilization and immerse ourselves in Minnesota’s Northwoods. Ah, the memories!

In light of those memories, our anniversary gift to each other was a couple of Minnesota coffee mugs. We rarely set foot into a Starbucks, but when our daughter introduced us to the “been there series” of mugs, well let’s just say it was time for a Starbucks visit. These mugs make us smile every morning while enjoying our coffee.

By the way, Al spent seven years in the Navy, twenty-two years as a Commercial Airline Pilot, and twelve years as a Residential General Contractor and NEVER drank coffee. But after just two short years of living full-time in an RV with me, I was finally able to corrupt him, and for the past five years, he has been an official coffee drinker. I started drinking coffee when I was sixteen during a summer spent in Germany and it took me 35 years to bring Al to the dark side. And yes, he drinks coffee black just as I do!

Other news – RV repairs and Stress 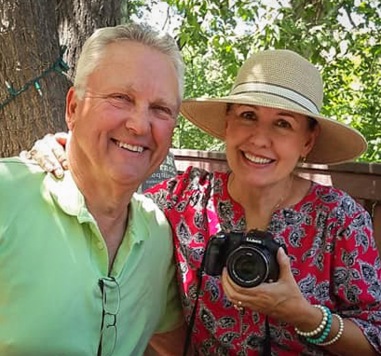 So although we enjoyed our actual anniversary, those first two weeks in Wisconsin were very stressful and sleep-deprived. During our long drive to northern Wisconsin, we encountered some problematic issues with our RV.

Anytime the belly of the beast leaks, that’s an issue for immediate attention. Fortunately, it was not of the stinky nature, but a serious problem nonetheless.

Slicing open the belly of the RV, diagnosing the problem, AND then figuring out the fix was a stressful situation … a situation that caused many sleepless nights.

First, we wondered if this was a project we could tackle, and second if we couldn’t, would we be able to find a place to get it fixed? Oh, and we haven’t even addressed the money issue yet.

Spoiler alert – the RV is almost put back together. Al and I fixed her up and are in the testing phase to make sure there won’t be any future leaks. We’ll give her another week or so before we close up the RV belly with new material that is on order.

So while we’re almost done with this major RV project (relief), how about doing some more projects – fun projects? Insert serious eye-rolling/head shaking from husband Al. Ah, and to think he thought he’d have nothing to do all summer but fish 😁. After thirty-seven years of marriage, did he really think he could just idle away his summer? He should know better! Besides I can be rather persuasive … lots of fresh baked goods, steaming hot coffee, and logical reasoning are in his future, amongst other rewards. Stay tuned for RV Fixer Upper!

This post contains affiliate links. As an Amazon Associate, I earn from qualifying purchases. Thank you for your support❤.   Shop Amazon for all your coffee product needs. 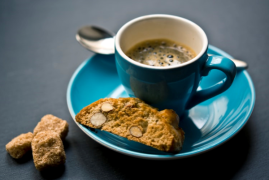