I’ve been a little under the weather as of late and thus a tad on the quiet side.  That said, few words are necessary when it comes to the Whooping Crane.  Allow me to share the majestic beauty of the endangered Whooping Crane.  Watching these guys always leaves me speechless.

With less than 500 left in the world, I feel privileged to be able to see these magnificent creatures every day as they winter just a couple of blocks away from our RV Park.

It’s also not uncommon for me to hear their loud, distinctive calls while sitting in my RV.  I can’t see them from the RV, but I sure can hear them.

During one of my morning strolls, a foggy morning I might add, I managed to witness a heated exchange.

The exchange took place because dad did not like the way the three teenagers were looking at his daughter (I don’t know if the juvenile is a girl, but it sure did look like an over protective dad protecting a daughter).  As the three teenagers (yes, they are teenagers at 2 years of age) started walking toward the family, dad was quick to let them know it was time for them to move on.  The loud whooping calls continued amongst the group until the dad had finally had enough and ran toward the three teenagers.

This type of encounter is common as families are territorial and don’t like to mingle with others when they have a child.  Their priority is protecting their young one.

The three teenage whooping cranes are still too young to partner up thus these three whooping cranes can be found hanging together all the time and sometimes they hang out with the Sandhill Cranes. Once they do find partners, they mate for life.

Even though the 3 whoopers have lost all the rust coloring of juvenile status, they don’t come into mating age until they are about 3 years of age.

I’m still awed by these magnificent birds.  They stand 5 feet tall (1.5 meters) and have a wingspan of 7.5 feet (2.3 meters).  They can live to be 22 – 24 years old in the wild.  All the whoopers I’ve photographed here are wild whooping cranes and not one is banded.

My most memorable moment thus far was the day they flew right over me.  I can’t believe I managed to hold my camera steady as I

looked up in awe…. such a rare experience.  Did you know this group of whooping cranes spend their winter here along the Texas Gulf Coast and their summers at the Wood Buffalo National Park in far northern Alberta, Canada?  That’s a 2,400 mile journey. 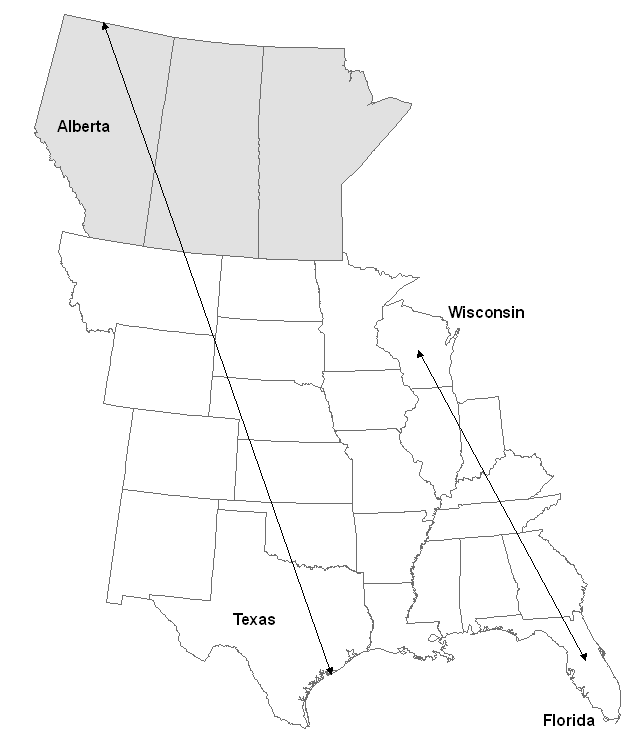 There’s also another group of whooping cranes in Wisconsin.  You can read more about this group and the International Crane Foundation here.

Even though I’ve said it before, I’ll say it again…. I don’t consider myself a birder, just someone who appreciates the beauty of wildlife.  And the whooping crane is one fine and rare beauty that draws me back to this part of Texas time and again. 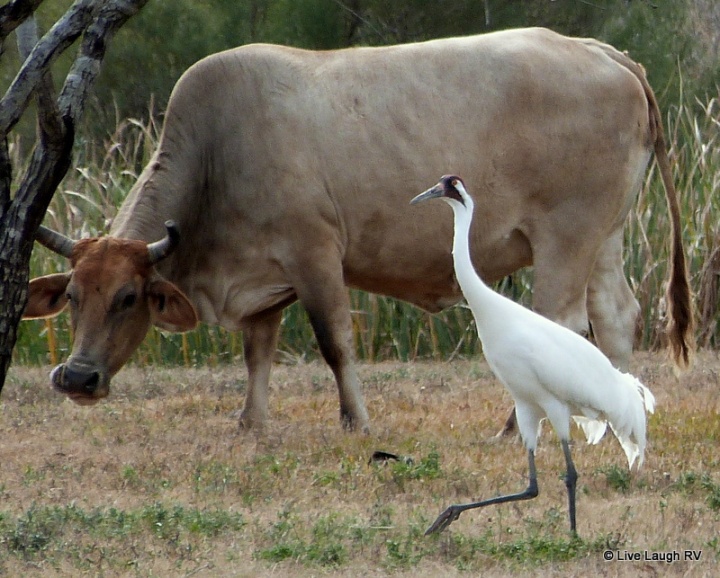 The Man Who Saved the Whooping Crane: The Robert Porter Allen Story