We all have a past, a past quite often filled with fond memories and memorable experiences.  Experiences that can be character building and instill a sense of confidence or strength. 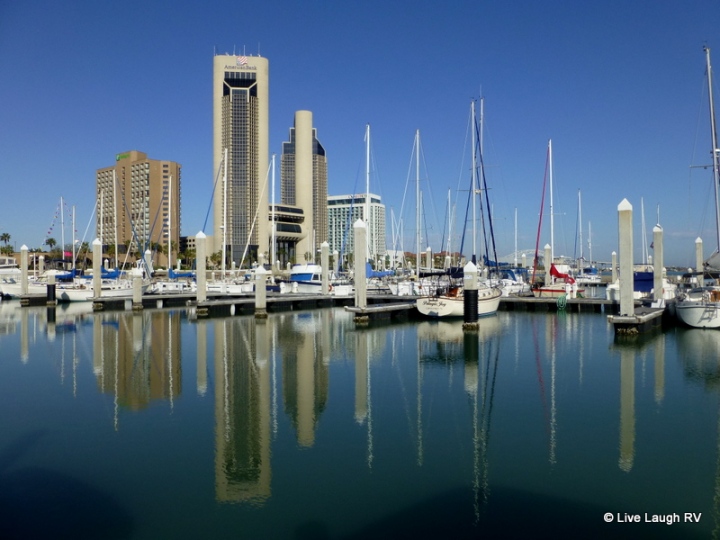 Back in the 1970’s, hubby was pleased to call Corpus Christi, Texas home.  This was a very exciting and memorable time for a young man in his early twenties.  He was a flight instructor in the Navy.

Just two years earlier he was stationed in Pensacola, Florida, learning how to fly.  At the time, in order for a Naval Aviator to earn his wings, he was required to fly on and off an aircraft carrier.  For Al, that carrier was the USS Lexington. 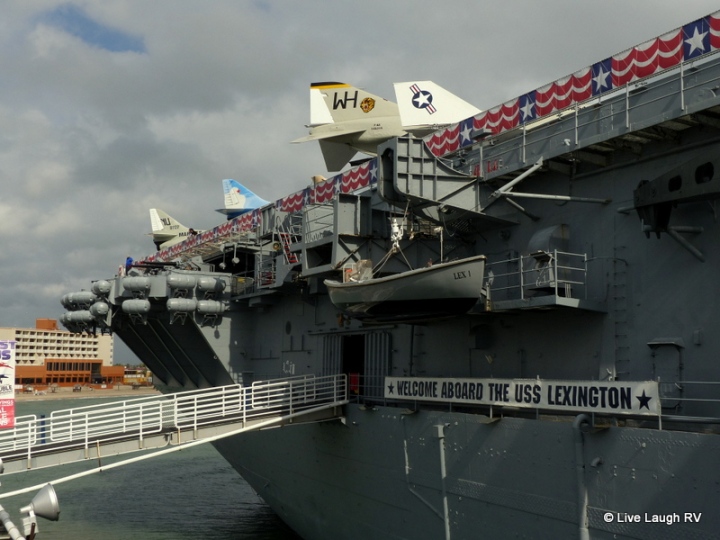 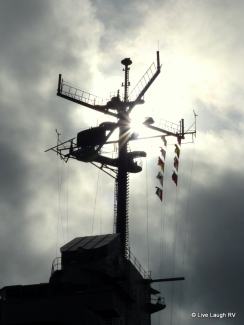 The Lady Lex has since been retired and is comfortably docked in Corpus Christi Bay and has been turned into a museum.

Thus, on a cool overcast day we set out to explore the Lady Lex from top to bottom.

When I first laid on eyes on the USS Lexington, she looked like a huge ship but upon closer examination and assessing the upper deck – landing area I found myself reacting with a, “Holy sh*t! You landed on that?  You really are one crazy son of ……” 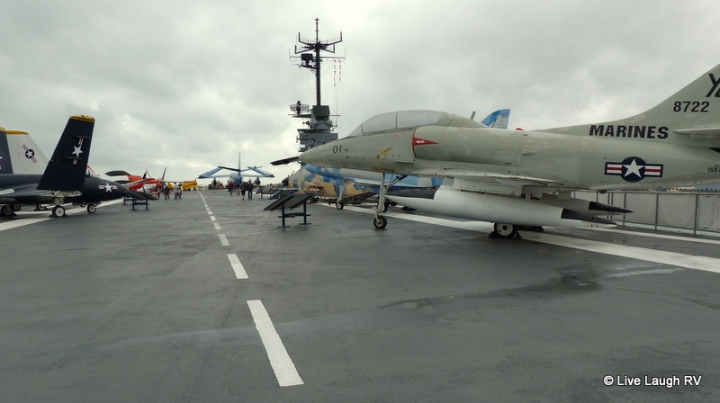 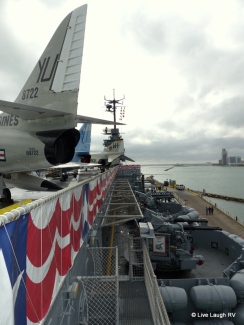 Al responded to my expletive filled comment in one of his lengthy and creative tales from those first days on the Lady Lex.

First the stories of taking off from the aircraft carrier and the sensation and G forces.  Then the story of landing on her that first time and his difficulty finding the ship.

She was most definitely a little floating area in a massive sea.  Think about it, all the while the ship is bobbing up and down, side to side, and he needed to land on this tiny, moving strip.

I don’t recall him not smiling the entire day during our visit.  He was a wealth of information and the perfect tour guide. 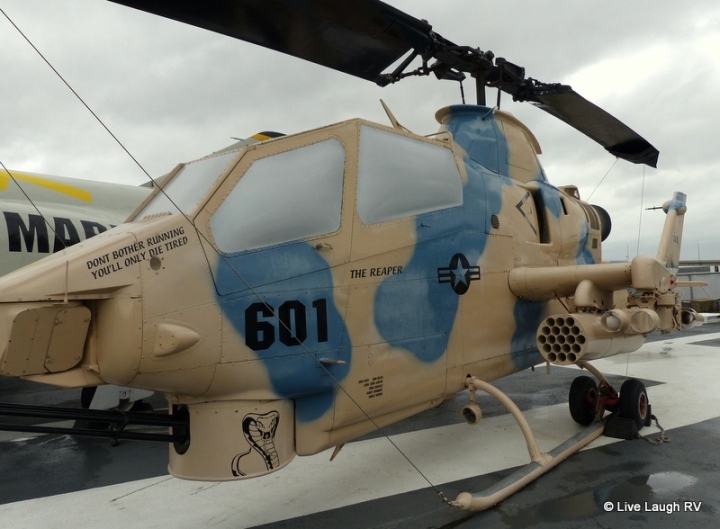 He shared his knowledge on the various aircrafts and their uses over the years…… in an abridged version mind you…. perfect for my short attention span. 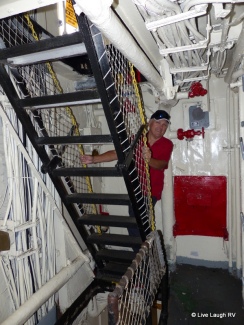 And although I was interested in the various planes, specifically the planes he flew, I was drawn to things like “the plank”.

Perhaps I’ve watched one too many Pirate movies.

I was also on a quest to see the living quarters and mess hall.  You see, hubby is over 6 feet three inches tall and I just couldn’t imagine him crawling around this ship without sustaining brain damage.  Oh dear, I may have finally figured out a few things…. haha!  Shhh… don’t tell him I said that 😉 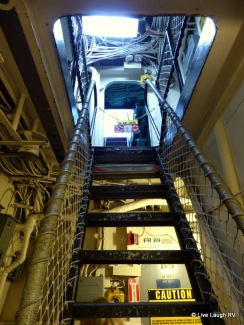 I did have a great time exploring this ship and realized no way in heck could you get me to go out to sea for even a day on the USS Lexington or any other ship.  I can feel the bile in my throat just thinking about it.

The USS Lexington is rife with history.  She was involved in some VERY important, life changing battles, one of which was the freeing of the Filipino people from Japanese occupation in the early 1940’s.

Throughout the ship are displays and plaques commemorating her history.

Yes sirree, Al’s face lights up and the tales flow freely when he talks about those early years of flying in the Navy.  Tales from chasing Russian submarines off the coast of Alaska to a training flight that had him flying UNDER the Golden Gate Bridge in San Francisco…. for real, not a simulator. 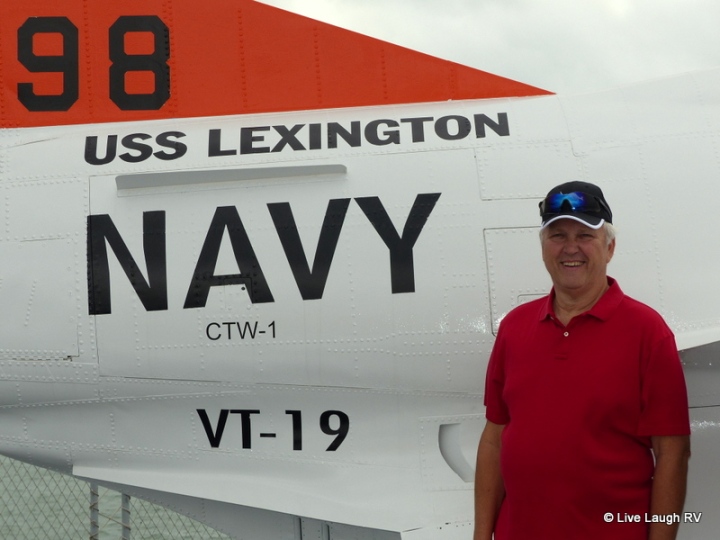 We had a great time walking down memory lane together and just may need to do it again ….. soon  🙂 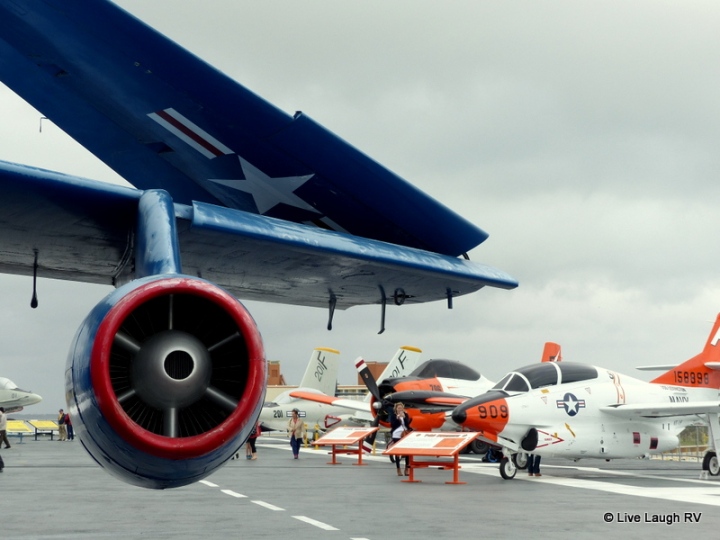 60 thoughts on “A trip down memory lane”