Well, it’s official.  The house is sold and we have moved…..

When Al and I returned home from our four-month winter excursion in the RV, we did so reluctantly.  During that trip, we had a ton of fun and met some amazing folks.  We were surprised with the number of people we met along the journey living in their RV’s full-time….by choice. 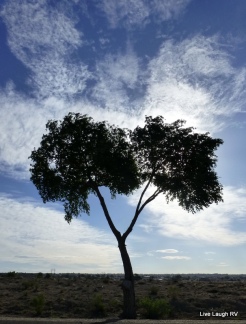 When Al and I purchased our 5th wheel a couple of years ago, we never dreamt of living in it full-time.  However it was sometime early on during this winter excursion that we started talking more and more about the full-time RV lifestyle.  We had a lot of things to think about and figure out.  Was this something we really wanted to do?

After spending the month of March back in our sticks n bricks home in Pueblo West, Colorado, it became clear….Al and I knew….. the road was calling.  Our interests were changing.  There was an absence of any passion for gardening or any interest in a home improvement project.  Life in general, just didn’t seem right.  We were unhappy and restless.

Thus, it was time to formulate a plan and start implementing said plan.  Before putting the house on the market, we needed to do some purging.  I’m not a garage sale kind of person, but in the end I do like counting the money.  So we started the whole process off with a huge sale.  We turned our unwanted treasures into cash.   After that, it was a total white glove cleaning of the home which wasn’t difficult since we had been away traveling. 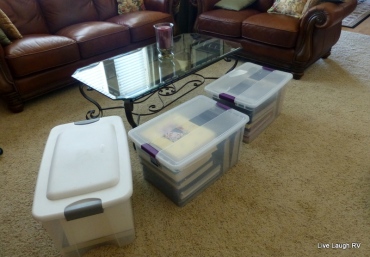 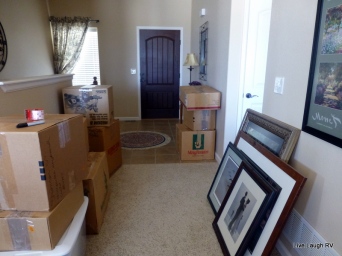 We then contacted a Realtor (someone we’ve done business with in the past) and let him know we were interested in selling our home but were not quite ready to list.  Well, to make a long story short, we were under contract within 48 hours.  Yikes!  We weren’t ready to move and still had a lot of decisions to make. The deal had some variables and most likely wouldn’t close without a glitch or delay.  So we figured there would be a little extra time in there somewhere….. NOT.  The closing went off without a hitch…..smiles and handshakes all around.

Mind you – I am in no way complaining but the quick sale and closing left Al and me running around like a couple of chicken’s with our heads cut off….. leaving us in a comatose state of exhaustion and denial.  There isn’t a muscle in our bodies that doesn’t hurt from the packing and lifting.  I’ll admit, we did hire the help of a couple of young, strong guys for some of our larger, heavier items but Al and I moved the majority.  In retrospect, we should have purged a heck of a lot more than what we did.  As it was, it was extremely difficult whittling down 32 years of accumulation to fit into a 250 square foot RV and a storage unit…..oops two storage units.  Whatever was I thinking? 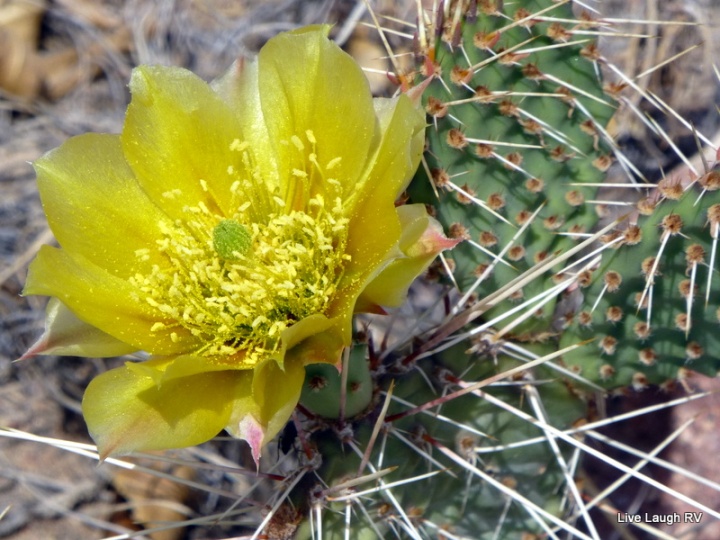 Friday we put Pueblo West / Colorado Springs, our home for eighteen years, in the rearview mirror.  We took the drive north to the town of Golden (west of Denver) and will call Golden home for the next ten days.  After that, we’ll head west.

For now, allow me to say; It’s official…..we are full-timers….living in our RV full-time.  We’re taking it one day at a time and getting used to a lack of responsibilities.  Let the adventure begin! 😮

95 thoughts on “Let the Adventure Begin”