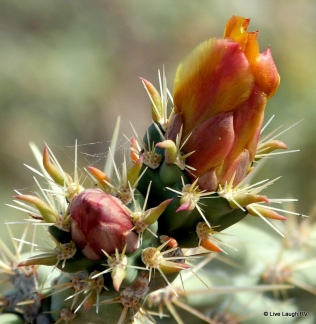 The sun was shining. There was a light breeze blowing off the lake. The desert plants seemed to have come alive after the drenching of rain the day before. Yep, it sure was a beautiful morning. Seemed like a great day to hit the road for our journey north.

Our stay in Phoenix was already longer than intended and we were definitely ready to move on. Normally I feel a sense of excitement on moving day. Not that day. Al and I both felt a sense of hesitation. Was it because we thoroughly enjoyed our stay at Lake Pleasant or was it saying good-bye to our son? Neither one of us could pinpoint our lack of enthusiasm for those RV wheels rolling once again. But roll they did.

We left Lake Pleasant in Phoenix, Arizona, shortly after 8:00 a.m. on Thursday, April 3rd. The first 145 mile, two-hour trek from Phoenix to Flagstaff required a 5,800 foot climb in elevation. Our F-250 pulls our 31 foot 5th wheel over mountain passes with ease. Al and I are accustomed to mountain driving and don’t shy away from steep grades (slope). As long as we stay on major highways or interstates, we’re comfortable and good to go.

In less than an hour, we’d climbed from 1,100 feet to 3,000 feet in elevation. Al’s bike fell part way off the bike rack dragging the hand grip and hand brake on the road pavement. Ok, the kind of damage that can easily be dealt with. With the bike secured, we continued our drive.

It wasn’t but thirty minutes later and a trailer tire blew. Oh joy, what fun!!! Al pulls over and he and I assess the damage. I’m ready to call AAA or Good Sam Roadside Assistance, after all we do pay for these services, but Al stops me and informs me he’s going to change the tire himself. Really? After an hour and quite a few expletives later, we were on the road again. What a stud!

While he messes with the tire, I grab my packaging tape and begin to work my magic on the busted up wheel well fender.  We’re looking classy now!

Allow me to back track for a moment…… We had retrieved my little red truck from storing it for a couple of months in our son’s garage and thus that day we were traveling with two vehicles. Al and I were driving separately. As both trucks were parked along the very business Interstate 17, Al had sat in the passenger side seat of my truck while we discussed the plan. We needed air in the now mounted spare tire and the tire behind the one that blew before driving too far or we’d run into more problems and potentially blow another tire.

Since we’ve driven this stretch of I-17 more times than we can count, we’re very familiar with most of the exits and rest areas. Just ten minutes up the road is a Chevron gas station at the Camp Verde exit that we’ve used in the past. Al pulls up to the air pump. We plunk in 4 quarters for air.  It doesn’t even begin to inflate the tire. Those pay compressors rarely do. At this point, I can sense the slow simmer of frustration working up within Al. I recommend we grab a bite to eat.

There’s a Wendy’s attached to the Chevron gas station. We grab a meal, drinks, find a table, and proceed to eat in silence. Half way through our meal, a group of State Troopers entered the Wendy’s. Al lights up, excuses himself, and heads over to talk to one of the officers. Al returns to our table in better spirits and responds, “I know where to get air. There’s a tire store just up the road”.

Whew…..finally on the road again. Al has me drive in the lead. I’m usually pretty good with directions and once I’ve driven a route I tend to remember it. To head up into Utah we need to take Highway 89 in Flagstaff. Well, there’s the 89 that goes through town and the bypass around town via I-40. The signs are clearly marked.

It’s now one o’clock in the afternoon. What should have been a two hour drive had taken us five hours. I had a brain fog and veered left onto business 89 and Al veered right to go around town. I called him on the two way radio and let him know I’ll figure it out and meet him on the other side. Once again that fog sets in and I get myself turned around and go to call Al on his cell phone to let him know not to worry. His phone rings under the passenger seat in my truck  #!?@!   Remember when he got in my vehicle to talk while dealing with the blown tire? Well his cell phone fell out of his pocket, down between the seats, and landed under the passenger seat. The two way radios are only good for 2 miles, and we were separated well beyond those 2 miles, thus he and I had lost communication with each other. 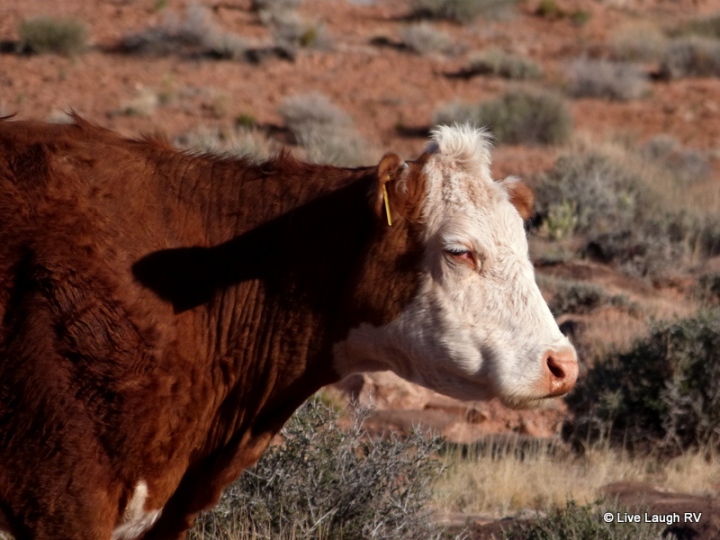 Could anything else go wrong? At this point, I’m saying to myself, “We should have stayed in bed”.

Al and I reconnected north of Flagstaff. Al was waiting for me at a pull-out and once I got closer the radios began to work again. We continued our trek to the town of Kayenta, Arizona, where we stopped for a quick dinner of sandwiches and a discussion on our destination.  We had originally planned on staying in Monument Valley and taking in the sights, but at this point we didn’t care about any red rock monoliths, spires, or buttes. They’ve been there a million years, they’ll still be there next year.  I just wanted to park my rear for a few days to decompress and I knew just the spot to do exactly that.

We first discovered Goosenecks State Park in southern Utah two years ago and decided that would be the perfect place to unwind. We pulled into Goosenecks after a very long eleven hour day. We left the rig and truck connected, put out the slides, grabbed a couple of margaritas, our chairs, and sat in silence as we watched the sunset over the expansive mesa.

Oh, did I mention the two very close calls we experienced that day? First let me say, I hate the drive between Phoenix and Flagstaff via Interstate 17, but it’s the quickest and easiest route northbound; not a lot of other options. Since it’s the only north south interstate in northern Arizona it’s frequented by a lot of truck traffic, RV traffic, and traffic in general. Not all vehicles can handle the grades and thus travel 30 miles per hour (65 mph speed limit) as they slowly climb or descend the change in elevation…..I think I can, I think I can, I think I can.  This creates bottle necks.  And then there’s the impatient driver with an engine that has no problem with the grades who likes to weave in and out of traffic testing their vehicles performance……zoom, zoom.  Slow trucks, fast cars, add in a mix of RV’s, lots of changing of the lanes, and you’ve got yourself one interesting drive.

That said, while uncomfortably parked along the interstate changing that tire, one of those impatient drivers cut off a semi truck. As the situation unfolded before me, I thought, “This is it. We’re going to be plowed into and killed instantly”. Thankfully, the disaster was narrowly averted due to a skilled truck driver. 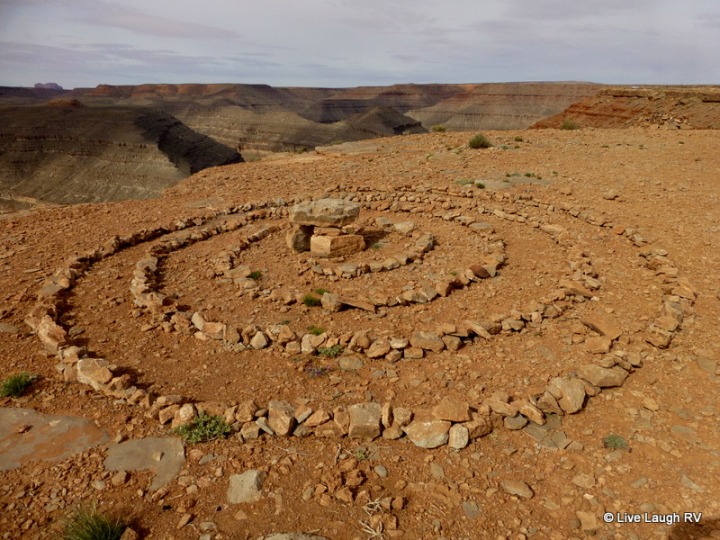 Later that day on highway 160 between Tuba City and Keyanta, Arizona, I managed to avoid a head on collision. I saw the oncoming pick-up truck in my lane a little too close for comfort and hit my brakes slowing way down. If I had not slowed that drastically……..? Due to a guardrail, I was unable to move to the side of the road, thus slowing was my only option.  I had no where to go.  Needless to say, Al was following me far enough behind that my braking had little impact on him, but the close call he witnessed had his heart skip a beat.

And now for the topper…….the blown tire damaged our water line.  We get to enjoy two weeks of dry camping with a leaking water line.  All part of the adventure……living the dream.  Dream? Nightmare?  All the same, eh!  Such is life.

FYI….  we’re currently in Moab, Utah, and heading up into Canyonlands National Park for a week.  I will be without internet connection while in Canyonlands.  Catch y’all when I get back to Colorado and I’m reconnected 🙂  The adventure continues……

85 thoughts on “Should’ve Stayed in Bed”