Reminiscing can be so much fun.  As the organizing and purging continues around our household, I come across all my photo albums.  I love my photo albums….they make me happy.  I’m suppose to be boxing them for storage, but can’t resist sitting down and looking through a few of them.

OMG, I come across the photo album from my first trip across the Rocky Mountains.  I can’t help but smile as the memories flood over me.  I was in my early twenties and Al and I had been dating only a few months.  Al had previously lived in the San Francisco Bay area, long before moi, and would frequent the Sierra Mountains.  Since our relationship was relatively new, Al was excited to share some of his past with me.

We both worked in the Airline Industry and could fly just about anywhere free of charge. So do we fly?  Oh no, we decide a break from planes and hotels would be fun and choose to drive.  We’ll camp once we reach the Sierras.  We loaded up the car with all the camping gear and drove from Chicago to California.  We’ll hotel it until we reach Lake Tahoe; our first camping destination.

We took Interstate 80 through the prairie states of Illinois, Iowa, and Nebraska.  I thought the flat farmland of Nebraska would never end.  It wasn’t until we drove west of Cheyenne, Wyoming, that the terrain finally started to change.  It was also somewhere in this part of Wyoming that I learned about a cattle guard and free ranging cattle.  You see, in the Midwest cattle are kept fenced on private land.

As we exited the interstate to stop at a rest area, we drove over a metal grate. Initially I didn’t give it a thought.  As we were leaving the rest area, we were greeted by cows along the side of the road.  My response to Al, “Oh no, someone’s cows got out.  Should we let someone know?”  Laughing, Al points out the cattle guard and the purpose behind it.  “Since the cattle won’t walk over the metal grate, it acts as a fence.  So, its okay for the cows to graze around here….they did not get loose.”

If you’d like to know a bit more about free ranging cattle on public lands click here.

Night two on the road was spent in a hotel in Utah.  We got up early the next morning to hit the road.  While checking out, the hotel clerk asked whether we were heading east or west and promptly informed us we may want to wait a little longer before heading west.  It snowed over night and the interstate had been closed westbound.  He wasn’t sure if it had reopened.

Al and I went to grab a cup of coffee and I whispered, “Yeah right!  It’s the middle of September and he’s trying to convince us it snowed and the interstate is closed.  I was born at night, but not last night.  Who’s he trying to kid?”  Amused, Al shakes his head and says, “Well, we’ll give it a try”.

As we approached the on ramp to the interstate, Al points out the gate that had just been lifted.  A service vehicle was sitting on the side of the road.  A guy sporting an orange vest was walking from the gate to the parked vehicle.  Ok, the interstate had been closed and just now opened and it did snow.  I guess I had a thing or two to learn about altitude, mountains, and passes. 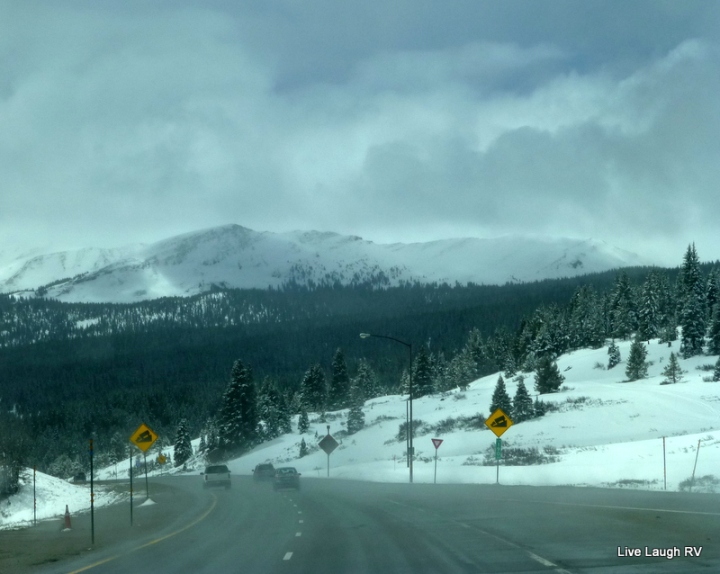 We continued our trek west and I was in awe with the beautiful snow-covered mountains.  I sure wasn’t expecting snow in September.  Late on day three, we arrived at the Sugar Pine Point State Park just outside of Lake Tahoe.  We proceeded to set up the tent in freezing rain.  Although I grew up camping, it was always during warm, summer weather.  I didn’t sign up for freezing rain and temperatures.  I wondered what I had gotten myself into.  Hmm, and we were the only ones in the campground.  It appears some folks are a tad bit wiser than ourselves.

We awake the following morning after a very cold, restless night to an inch of snow on the now sagging tent.  It was a wonder the tent did not collapse on us during the night.  Come on, it’s mid September and we were here to see the fall colors.

We quickly changed out of the layers of clothing we slept in into fresh clothing and went into town for breakfast.  This has been such a romantic trip thus far for this new relationship….sarcasm indeed.  At the restaurant, the waitress informed us more snow was expected and there’s a mandatory chain restriction for the passes.  Hey, I now know what a “pass” is.

The snow was three weeks early and temps were far below normal for this time of year.  I hear the word chains…..chains are illegal.  Oh, Ingrid’s education continues.  Al explains how chains may be illegal on the roads in Illinois, but mountain driving is quite different and chains are necessary for traction.  We do not have chains or snow tires for our vehicle and with more bad weather on the way, we decided it’s best to avoid trouble and head home.  So much for seeing fall colors in the Sierra Mountains! 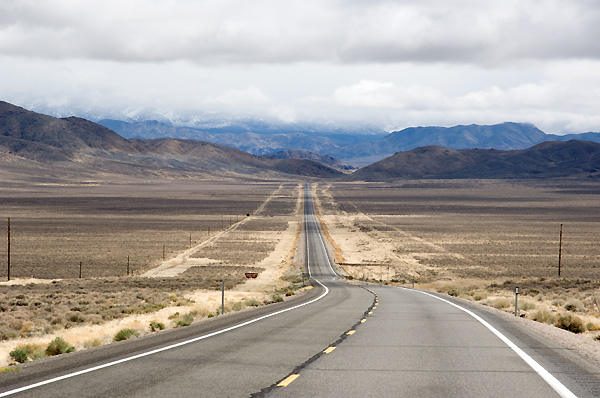 What an adventure…. We saw wild horses, free ranging cattle standing in the middle of the road, no services for over 100 miles, and rarely another vehicle.  For this city slicker, my comfort level had been challenged by the terrain and remoteness.  Seeing a herd of wild horses left me speechless…..wow, how cool.

Once in Utah, we picked up Interstate 70 and continued east through Colorado.  I was amazed by the amount of raw and untapped beauty this trip exposed me to.   Never in a million years, did I think when I took this trip over thirty years ago that I would later in life call the “west” home.  An environment that once made me feel uncomfortable, is now quite normal.  This seven-day road trip was definitely enlightening.  It was just the first of many adventures Al and I would embark on.