One of the concerns for folks that travel regularly is health.  I know it is for me.  I’d like to think I could travel anywhere in the world without a thought of getting sick or injured.  Unfortunately, that would be naive on my part.

What I can do is prepare and educate myself on potential health hazards for a given country or region I plan on visiting.  For instance, it’s common knowledge we American’s can’t seem to handle the water in Mexico.  Thus, to avoid Montezuma’s revenge, most American’s stick to bottled water, soda, or alcohol when visiting Mexico.  I’m sure the same can be said for Mexicans visiting the U.S. It’s all about what our bodies are accustomed to.

Visiting certain foreign countries might require travelers to undergo a slew of shots in an attempt to protect themselves from various illnesses that can be considered rare in their home country.

No island living for me

I remember during my airline days when I would frequent tropical island paradises like Hawaii and St. Thomas.  The first few days were always delightful, but as the week progressed, I’d be overcome with unease or even an ill feeling; almost a sense of claustrophobia.  Toward the end of my stay, I couldn’t wait to board that plane for the mainland.

Come to find out, there’s actually a condition called rock fever.  Ok, this isn’t anything serious other than a mild phobia, but it did enlighten me. You won’t find me moving to a tropical island anytime soon.  I’ll opt for miles and miles of endless roads any day.

Plague in the United States 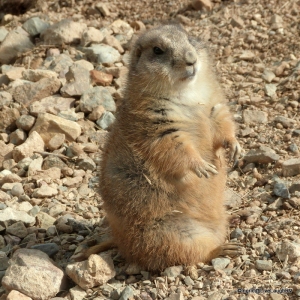 Let’s talk about those adorable Prairie Dogs found in the western United States.

I love watching these little guys pop up and down …. in and out of their mounded burrow.  And their little defensive squawking barks accompanied by the flipping tail is quite entertaining.

I’ve found myself more than once hanging around a prairie dog colony being entertained by their cute antics and trying to capture them with my camera.  These adorable little rodents can captivate the attention of not only us two-legged creatures but also our four-legged family members.

I’ve seen many a blogger post about doggie sticking his head in a prairie dog hole or trying to chase these furry rodents.  It’s all I can do to contain myself from screaming at the computer, “NO”!

Prairie dogs are known plague carriers.  Yes, you heard me right, Bubonic plague still exists in the United States and is usually contracted from fleas living in the fur of prairie dogs.  These fleas are easily passed on to our pooches, compromising everyone’s health.  So if you’ve recently been near a prairie dog village and develop flu-like symptoms, it would be wise to seek medical attention immediately.

There was a time when contracting Lyme disease from deer ticks was an exclusive worry to those living in America’s northeast part of the country.  Today, it is no longer a problem exclusive to New England. The disease can be contracted from any infected tick throughout the United States.

Lyme disease is a serious bacterial disease with debilitating consequences.  Thus, a tick bite should never be taken lightly and should even be followed up with medical attention especially if a slight ring/rash occurs around the bite.

Valley Fever?  I don’t know about you, but I never heard the term Valley Fever until we started traveling regularly to Arizona.  Every now and then we would encounter someone informing us they needed to visit a friend in the hospital who was suffering from Valley Fever.

Since we spend our winters in Arizona, I was quick to educate myself on the signs and symptoms of Valley Fever and the fungal spore behind the illness.  Some folks grow up in Phoenix and never ingest a spore while others may visit for a few days and return home with these nasty guys imbedded their lungs. The spores causing Valley Fever live in the dirt of the arid desert southwest and become airborne during windstorms, construction, four-wheeling, or even gardening.  Once airborne the spore can be inhaled – ingested and imbedded in the lining of the lungs.  Depending on the number of spores ingested and the overall health of a person, determines the severity of the symptoms and illness.  Some folks never know they have Valley Fever while others are hospitalized.  It can be fatal.

You can read more about Valley Fever here, but there’s one huge factor for travelers to consider regarding Valley Fever; Doctors outside of the desert southwest usually aren’t familiar with the illness. The fungal spores on a lung X-ray can mimic cancer and lead to a misdiagnosis.

So before jumping to the Big C conclusion, a doctor should be informed that you visited the desert southwest and that further testing would be prudent to rule out Valley Fever.  Thus, it’s important for anyone traveling to the southwest section of the United States to be aware of the signs and symptoms of Valley Fever.

Update 11/20 … In April of 2105, my husband and I helped our son remodel his home in Phoenix, AZ. My son and I both contracted Valley Fever, Al was spared. The virus was brutal and took my son and me almost nine months to fully recover. Fortunately, neither of us was hospitalized. I  remain susceptible to coughing and CT scans show nodules or fungal spores in my lungs. I continue to get scans every two years to assure no further or unusual growth which would indicate something else that would require more testing.

And last but not least, there are all the other illnesses that can be caused by insects, like mosquitos.  No one likes being bit by an irritating mosquito.  The itchy welts are bad enough, but now, after being bit, I have to be concerned about contracting a serious virus like West Nile, Zika, Chikungunya, or Dengue.

Is there a disease or bug where you live that is of particular concern?  Have you ever traveled someplace and been exposed to an unusual health risk?  Feel free to enlighten us in the comments.

Disclaimer:  I am not a doctor or a nurse.  This post is merely meant as entertainment.  It is meant to enlighten and provoke awareness of geographical health concerns and nothing more.

Thank you for shopping my affiliate links.

95 thoughts on “Health Hazards of Travel”