Our month in Galveston has come to an end and we’ve moved four hours down the Texas Gulf Coast to Mustang Island.

Normally by week four in one location I’m more than ready to move on.  Such was not the case regarding Galveston Island.

I was actually a little sad to say good-bye.  There really is a lot to see and do on the Island ….. a little something for everyone you could say.

I think it’s safe to say, most folks come to Galveston for the Beach.  There are miles and miles of beach with public access for all to enjoy.  I assure you, Al and I took full advantage of that beach access with regular walks.

But there’s so much more to Galveston Island than the beach.  From that first day as we crossed the bridge onto the island, I knew I had to explore and discover all that she had to offer starting with the three pyramids that I couldn’t help but notice glistening across the bay.  Needless to say, it didn’t take me long to figure out what exactly were those pyramids. 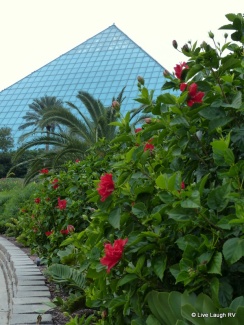 Although I didn’t indulge personally in taking in these attractions, I did stroll around Moody Gardens out of curiosity. There is a separate fee for each attraction.

Each year for the holiday season they feature a Festival of Lights.  This mile long trail boasts over one million lights themed to holiday music.

Moody Gardens huge event this year was being held in a large commercial tent; Ice Land.  Thirty-one internationally-acclaimed professional ice carvers from China transformed 900 tons of ice into a holiday wonderland with a Sponge Bob Square Pants theme.  To maintain this work of art, the tent is kept at a balmy 9 degrees Fahrenheit.  For obvious reasons, I took a pass on the experience.

Besides I got to see Sponge Bob Square Pants at the Dickens on the Strand parade.

The Lone Star Flight Museum was on our radar but we never did make it there.  Although hubby doesn’t miss his aviation career, he still drools over the possibility of going up in a by-plane.  His face lights up whenever there’s talk about open cockpits or acrobatic flying. 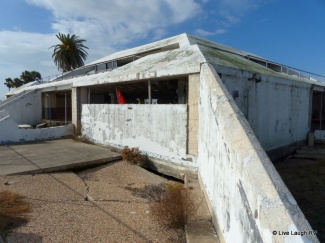 On one of our last days in the area, we took a quick drive over to Pelican Island to visit Seawolf Park.  Before Hurricane Ike hit in 2008, this was known as a premier park to visit complete with restaurant.

The building was destroyed by the hurricane and remains in a state of disrepair.  For an additional fee, there’s a WWII submarine and destroyer that can be toured. These days the park is pretty much frequented by fishermen and pelicans, but there are plans for renovation and even putting in a RV park.

Not only is fishing popular around Galveston Island, but so is kayaking.  The state park even has paddling trails outlined in their trail guide; land and water trails.

The weather wasn’t always agreeable during our thirty day stay.  We did get our fare share of rain, cold, and wind but I won’t complain because during those most inclement weather day’s places to the north were getting buried in snow. So on the bad weather days we would run errands, go Christmas shopping, or do daily chores.

There are plenty of places to shop within 25 miles of Galveston…. from an outlet mall to regular malls and everything in between.  I found myself visiting Best Buy and Kohl’s a couple of times.

We also discovered a great RV Center called Ron Hoover RV.  It’s a small place with a parts department, service department, and onsite RV Park.   We thought the parts prices were very reasonable and before heading out of town, we picked up a few additional items.

I think it’s obvious, we loved our time on Galveston Island and were never at a loss of things to see or do but our favorite pastime was running into fellow bloggers.  We had a blast sharing a special bottle of bourbon with Mona Liza and Steve in addition to a couple of other get togethers with these two energetic RVer’s. 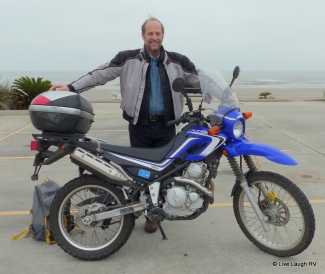 I also had the pleasure of meeting Russ from Russ on the Road.  Russ is a solo RVer who shares my interest in photography.  He and I met for lunch and the conversation flowed freely for nearly three hours.

I’d love to run into him again somewhere along our travels.  He’s a very accomplished photographer that I’m sure I could learn a thing or two from.

Hmm, have I told you yet where we stayed?  Let’s save that for the next post.

61 thoughts on “A little something for everyone!”