I’ve already shared “it was the best of times” in the previous post which means it’s time to share it was the worst of times.

Wouldn’t you know, now that we’re getting the wheels ready to roll on the RV the sun decides to grace us with her presence.  Over the past three months, she has played a regular game of hide-and-go-seek …. with a lot more hide.  Needless to say, I have not found it amusing.

Back in early November when we first arrived in Galveston, we were greeted with beautiful, warm, sunny, beach going weather.  It didn’t take Al and I long to don those shorts and T’s and head to the beach for a nice long stroll.  Yep, we were looking forward to a month of glorious weather while our relatives to the north would endure snow and freezing temperatures.

Was there a little gloating?  Perhaps, but I’ll never admit to it.

You know what they say, “Karma’s a bitch”. That gorgeous weather lasted all of two days.

By day three we were hit with gale force winds and torrential rains.  I remember Al and I looking at each other wondering if we needed to review the hurricane evacuation route.

The sideways driving rain blew with such force that it penetrated the rubber seal on one of our RV slides saturating the carpet and some Atlas’ we had stowed along the side of the couch.

It caused enough of a concern that from that day forward during and after a severe rainstorm, Al and I could be found on all fours crawling around the RV checking corners for leaks.  Sorry folks, no photos of us checking for leaks because that would just be wrong…. on so many levels 😉  Fortunately, no new or old leaks have been discovered since that one time

and we’ve encountered PLENTY of rain over the past three months.  So if we had a serious leak to be concerned about, we would have found it by now.

Oh, but Mother Nature didn’t end with a Tropical Storm.  Oh no, she had to send a Polar Vortex followed by an Alberta clipper.  I’m sure this was the result of all my Canadian friends just wanting to share.  Awe, thanks guys ….. not!

When the weather did cooperate, we took full advantage of those days.  Cooperating might mean a sprinkle instead of a deluge, the sun shining but freezing temps, or just a calm gloomy day.  Yeah, the word ‘cooperating’ took on a whole new meaning these last few months.

That said, more than half of our Texas Gulf Coast stay was met with GRAY overcast skies, driving winds, torrential rains, and near freezing cold.  This was typical Midwestern weather that I just wasn’t accustomed to anymore and nor did I intend to get used to it.  So it was certainly not the kind of Gulf Coast – beach weather I hoped for nor the kind of adventure I had in mind.

Obviously, I was not a happy camper. 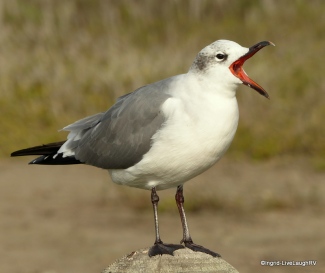 So aside from the disagreeable weather, what else could go wrong?  How about getting sick?  The day after Christmas found me at the Urgent Care and a few days later at an Eye Doctor.

I contracted some kind of virus that effected my eyes and glands/lymph nodes.  After being so ill last year, I tried so hard not to be around crowds of people this winter in hopes of averting illness.  No such luck.  Oh well, on the bright side I did recover in less than a month while last years illness took several months to recover from.  Plus since I was house bound recuperating, I managed to add a new Page (tab) to the blog giving you guys a tour of my home – Our RV.

I’m all better now and even learned to shoot my camera with 20/60 vision.  The bad vision was caused by the virus and was temporary.  Before leaving the RV in search of photo ops, I would set the camera for a center focal point only. I had a few other custom settings already set up so all I’d have to do is turn the dial. I won’t lie, it did have an overall negative effect on my photography enjoyment and mood.

Big birds like the whooping crane make big targets that made the process a little easier.  While looking through the viewfinder all I could see was a big white blur. Yes, it was very frustrating. Thank goodness for auto-focus. I’m very grateful my vision has since cleared.  That’s not to say life still isn’t a little blurry, but I think that’s due to extenuating circumstances 😉

It was the best of times; exploring new and fun places; socializing with great, like minded folks.   It was the worst of times; bad weather, illness, and less than stellar accommodations.  (I’ll do a separate post on the places we stayed)

BetterPhoto Basics: The Absolute Beginner’s Guide to Taking Photos Like a Pro