My how time flies when you’re having fun!  After a month long stay in Grand Junction, we find ourselves back in Moab, Utah.  And much to my surprise and pleasure, the land is covered in blooms.  Flowers, sun, and balmy eighty degree temperatures are a far cry from what I experienced a week ago in Denver, Colorado. 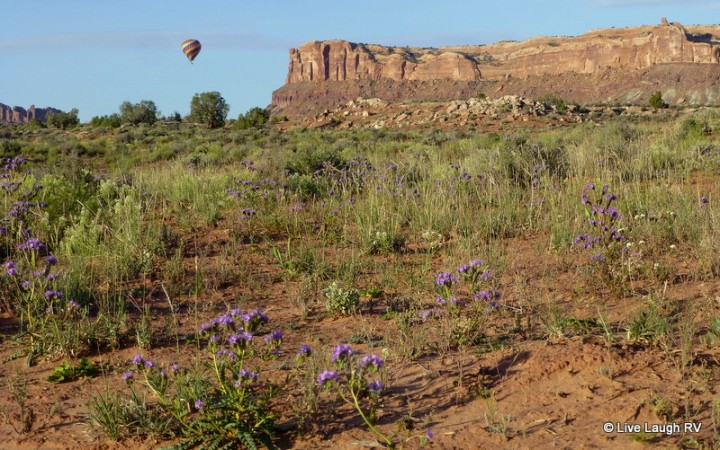 Last Sunday was Mother’s Day and I traveled from Grand Junction, Colorado to Denver to spend the weekend with my daughter.  I always love spending time with my daughter, Ashton.  She surprised me by taking me out to breakfast followed by side by side manicures and pedicures.  What a special treat it was.

But the biggest surprise was the weather.  I’ve called Colorado home for nearly twenty years and know Mother Nature can’t allow spring to spring without one last hurrah. Usually it’s in April when we’re graced with one last serious dumping of snow.  This year that dumping occurred on May 11th – Mother’s Day.

The snow didn’t let up all day and by the end of the day we had a fresh coating of snow totaling more than seven inches.  Some areas received even more precipitation causing snow skiers to flock to Arapahoe Basin (one of Colorado’s last ski resorts to close for the season) to catch a few more runs before the snow disappears.  Although the snow was sticking and building on the grass, I was very grateful it did not accumulate on the pavement.  Thus, driving wasn’t impacted too much at least not around the city.  The roads in the high country?  That was another story.

Running around in flip flops in this kind of weather was not exactly ideal, but after a fresh pedicure there was no way I was putting on shoes and socks.

After a very enjoyable weekend with my daughter, it was time to return to Al and the RV on the other side of the Continental Divide but all that snow was cause for me to delay that return for a day due to poor road conditions at the higher elevations.  Another day with my daughter?  No complaints here!  Ashton and her roommate did issue a codicil; with smiles and chuckles I was informed I could stay another night only if I made my pulled pork.

So while I was slaving away in my daughter’s kitchen, Al was back in Grand Junction slaving away on some of the needed repairs on the RV.  He too was not complaining as his “supervisor” wasn’t around to micro manage.   Better yet, since we were camped in my brother’s driveway hubby was well fed in my absence as well as any thirst was quickly quenched with an adult beverage.  I suspect between hubby and brother there may even have been some Tim Allen male grunting going on with all the tools necessary for the work at hand.

I was thrilled the repairs were getting done and with a set of new tires we’d be able to go about our travels with confidence. 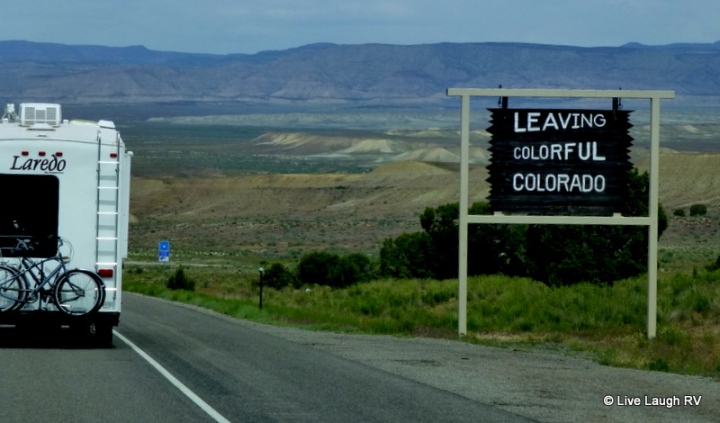 Today we’re sitting in a boondock spot north of the town of Moab where friends and fellow bloggers Mike and Linda saved us a spot.  The last two months have found our travels criss-crossing several times.  Tomorrow they move on and we most likely won’t run into them again until next winter in the Phoenix area.  Always a fun time sharing tales over an open fire!

With a holiday weekend approaching and no reservations, Al and I have decided to stay in Moab through the Memorial Day weekend.  Anyone else in the area looking for a spot to camp, let me know……we have plenty of room.  Come on down!  Who could say no to a view like this?

69 thoughts on “May flowers or May snowstorms!”