When I started this blog five years ago, I was sharing photographs that were shot with a $79 Kodak digital point and shoot camera.  I didn’t know anything about photo editing or even that the photographs needed to be edited.  What came out of the camera got shared on the blog … as is.

Like any newbie blogger, I was excited to get that first follow, that first like, and of course, that first comment.  As the months passed, I eagerly continued writing posts filled with photographs.  The comments and followers increased and I developed friendships, friendships that continue to this day.

One day, I received a message.  An email message from a fellow blogger?  Oh, how exciting, I thought!

That excitement was short-lived as I read … “If you’re going to post pictures on your blog, the least you could do is a little photo editing.  There’s no excuse for sharing a photograph with a crooked horizon especially since there’s free editing software like Picasa that’ll fix it in a second.

Oh and quit posting the photos so little.  If you’re going to share photos, then share photos so we can see them.  Don’t expect readers to click to enlarge because they won’t.  Nobody has time for that.

Aside from the poor pictures, nice blog“.

All righty then …. I was heartbroken, mortified, and embarrassed.  How is it I was capable of building award-winning custom homes from conception to completion, and yet I knew nothing about photo editing?

Quite frankly, my computer/technology skills were basic at best, which drove my business accountant crazy 🤓

Old school film seemed simple;  snap a bunch of pictures until the roll of film was full then take it to the drugstore to get it developed. Botta bing, botta boom!

That message gnawed at me.  Editing?  Hmm!  Google and I became well acquainted.  Picasa was downloaded.  I started following blogs that focused on photography, along with all the RVing blogs I already followed.  As our RV travels increased, so did the photo-taking AND sharing.  A slow and steady photographic evolution morphed.

I’ve been humbled by many of your complimentary comments lately about my photography.  Through A LOT of trial and error, I do feel it has improved as have my editing skills, but the compliments and questions still surprise me.  I consider myself a novice, a beginner, a work in progress when it comes to photography.

With that said, I thought I’d share a little behind the scenes, or shall I say, behind the lens with you all, and show you a few of my photo fails and successes…. a post about what works for me, using simple and inexpensive camera gear.

I’m still a comedy of errors behind the lens, and fully embrace my tried and true method of ‘point and pray’ style of photography.  So this isn’t a detailed ‘how-to’ post.  And if you consider yourself an accomplished photographer, I always welcome critique 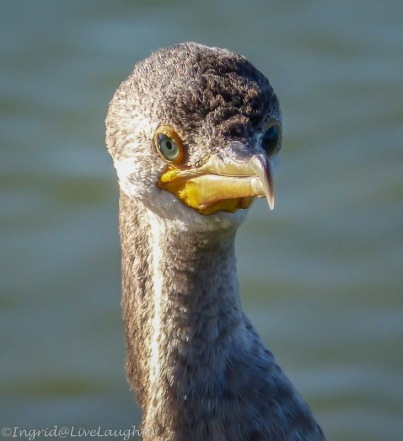 I’ve gone through the camera envy stage, and still do.  When I see amazing images on a blog post, I’ll ask the blogger about their camera gear thinking if I use what they’re using my photographs will improve.

Or maybe if I spend more money on camera gear, I’ll capture better images.   We all know this isn’t necessarily true!  We’ve all seen stunning photographs taken with an iPhone and some very poor photos taken with a DSLR.

Therefore, camera choice is personal, and the best camera to have, is the camera that you carry?

So what camera(s) do I carry?  I predominantly use what’s referred to as a “Bridge” camera.  A bridge camera is more than a Point and Shoot, but not quite a DSLR.  Thus, a bridge between the two.   There’s no lens changing with a bridge camera but there are a lot of customizing options.  I have a whole page dedicated to cameras if you’d like more detailed information.  I realize, whatever camera I use, it’s important to learn how to operate the equipment and know its capabilities and limitations.

The built-in zoom on my Panasonic is marketed as a 25-600mm lens which allows me to shoot a wide-angle landscape image one minute and then zoom in on wildlife within seconds.  I love this flexibility, but it does have its drawbacks.  The quality of the photograph will never be on par with a DSLR and the crop factor is limiting.  It’s all about resolution, pixels, and sensor size.

I’ve used this camera for three years and have learned its strengths AND its weaknesses and I know when I zoom in to that 600mm capability, I will lose image quality.  I also know its aperture sweet spot is F4.0 and it’s best not to take the ISO over 400.  There are also times it has trouble focusing,

How close am I to the birds and what lens am I using?  Hmm!  I have no clue on actual distance but I can share lens distance.   Since I’m using a bridge camera, there’s no specific lens to talk about, but I can share an equivalence to a DSLR.  If you note the info on each photo, I’ve shared the mm number.

Since I have a cropped sensor camera, the number in parentheses is the equivalent if using a full-frame camera.  If you don’t understand sensor size or why my camera or an iPhone will never capture the image quality of a DSLR, here’s an enlightening article that might clarify.

How do I capture birds in motion?  For a Point and Shoot, I set the camera to the “sports” setting.  My little Sony P&S doesn’t offer a sport setting but it does have a “pet” setting that does ok. Then set the camera on “burst” mode. 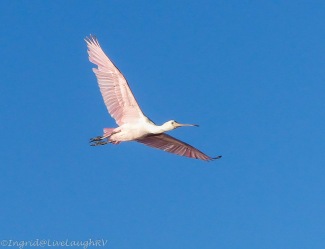 at one time is key, but note, point and shoot cameras can be slow to process multiple shots and take a few seconds to recover and be ready to snap again.  I’ll admit, I rarely use the Sony P&S for birds. Too challenging.

For my bridge camera, I prefer to set the camera on “shutter priority”.  I’ve tried using the “sports” setting and “aperture priority”, but wasn’t pleased with the results.  Every camera and user is different.

Because I’ve photographed so many birds with my Panasonic, I have a pretty good handle on how fast my shutter needs to be for specific birds.   For example; cranes and herons in-flight, the shutter can be as low as 1/800 but for ducks, I need at least 1/1600.  And I always have the camera set on “burst” mode, taking at least three shots at a time.

Yes, I do delete a lot of photographs, and I’m ok with that.  I also set the camera on continuous focus (AFC) and switch back and forth between a center focus point versus multiple focus points.

If my subject is holding still or I’m shooting landscapes, I’ll alternate between the IA (intelligent auto) and P (program) settings.  I do acknowledge that the camera can oftentimes be smarter than me.  Thus, I never feel badly using the camera in full auto mode. 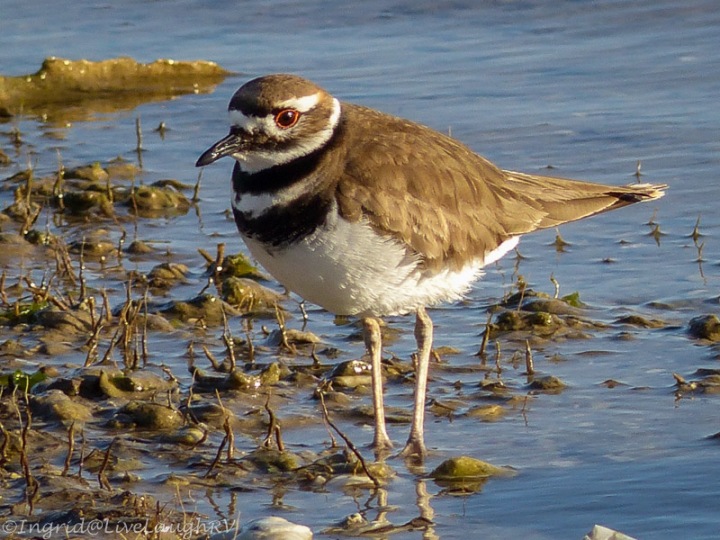 Whenever I’m photographing wildlife, I take a ton of photographs.  Remember, digital photography is free. So why not shoot away!  It’s not uncommon for me to shoot 300 plus photographs in a day, and if the birding is really good, I might shoot as many as 1,000.  Out of those images, I expect to like maybe 25.  By the way, I only shoot that volume of photographs when it comes to wildlife.

Photo processing – This past January, I finally graduated in the editing department.  I jumped from Picasa to Photoshop Lightroom.  I know some folks think processing/editing is somehow trickery, but processing is necessary for optimal imagery.

It’s no different from film.  The roll of film was processed and pictures were developed from the negatives.  You wouldn’t walk around sharing the negatives.  It’s the same with Lightroom or any other photo editing program.

Some folks like to over process a photograph for dramatic effect.  Most of the time, I try to keep the colors in my photos to as close to what I see, to reality.  However, even Ansel Adams played around with developing/processing.  It’s just another way to let the creative juices flow.

Lately, I’ve been shooting more purposely.  You know, thinking about composition, accessing settings, and striving for a compelling image.

All I can say to that is the delete 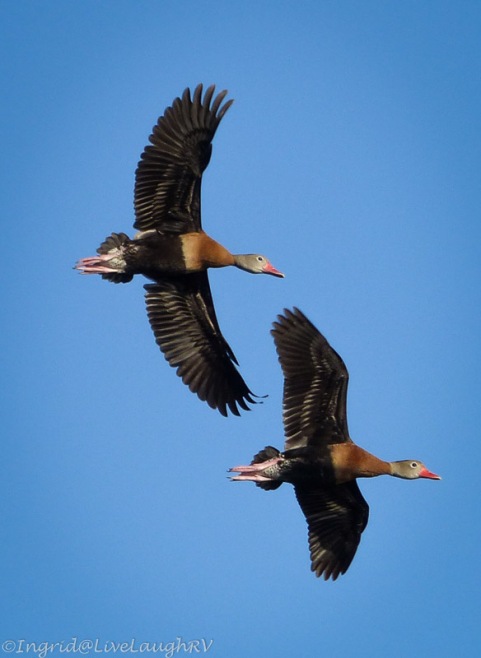 button is working in overdrive and the fails far outweigh the wins more than ever before.  Ah, but isn’t that part of the fun and challenge of photography?

Hmm, maybe I’ll return to that ‘point and pray’ method  😄

But the big question is always, “Are we having fun yet?” You bet I am, and my recommendation is whatever camera you’re using, whether you process or not, keep posting.  Don’t let anyone derail your creativity.

Cheers to sharing photographs – the good, the bad, and all the in-betweens!